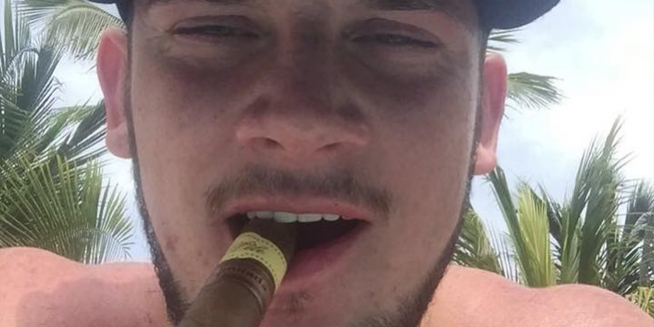 Hello everyone I hope that you are all well.

There are so many coping mechanisms that I put into place to help me to get through the days without Josh in my life, but whatever I do I always replay my memories of the happy times that I spent with my beautiful boy. I particularly like to replay the ones where there are just the two of us, our one on one moments, the ones that only the two of us shared, and ones that no one else has a memory of because that way I can have him all to myself again, just me and my Son.

Depending on my level of pain on any given day, I will only replay a memory that I can cope with. For instance if my day has started off with me not wanting to live, not wanting to get out of bed, not wanting to eat, shower, or brush my teeth while avoiding Josh’s photos that surround me, as all I can manage is a quick glance past them, then I know that a tsunami is coming and when that happens the memories that I allow myself to replay are just very short clips, a smile, a look, a txt, a memory of his gentle hands or maybe the memory of a quick phone call that we shared while just checking up on each other. On days like those it is just too hard and too painful to venture any deeper because it is unbearable, I have to push them down as I want to crawl out of my body and shoot my soul up into the sky and search for him amongst the clouds and the angels, where I can be with him so that he is not on his own.

On the days where I am stronger, braver and I can cope with the less aggressive waves of grief and loss, I manage to do what I know I have to do. I know that I have a lot more work to do and I try to make Josh proud of me so that when we are reunited once again, he will see that I did my best to help others in his memory and that I can say, I made a difference. On ‘good’ days I will replay a memory that makes me smile, that makes me thankful and blessed to have had the privilege of sharing my life with such a special young man that I raised before I cry and ache from his absence. I am blessed that I have so many wonderful and heartfelt memories and one of them that I would like to share with you was one that we shared less than a month before he was taken from me.

Josh had gone on holiday, not knowing that this would be the last holiday that he would ever have, to Cancun, Mexico. He had booked it as a surprise for his girlfriend and I remember saying you can’t just book a holiday without checking with her first, and he said it’s cool, chill out, it will be alright Mum. He was so excited i’m not sure if he was more excited about surprising her for her birthday or the holiday itself either way he was setting the wheels in motion. Over the next few days he sent me pictures of the 5 star hotel, the luxury room and amenities of where he was going to stay and talked about all of the places that he wanted to go to and all of the activities that he wanted to take part in too. To get involved in all of the excitement, as Josh was infectious, I looked up the top ten places to go to and sent them to him so he would have them on his phone for when he got out there. It looked beautiful, he was so excited and I was excited for him too, even if I was worried that he might have to try and find someone else to go with if his girlfriend didn’t manage to get the time off work, but it all worked out ok just like Josh said it would, and off they went.

Whenever Brooke or Josh went away on holiday I wouldn’t relax until they came back home, and there was nothing different about this time. So when I heard him put his key in the door I ran out of the kitchen and straight up to him and threw my arms around him while planting kisses on him. Seeing his beautiful face and smile and his holiday tan was great and I wanted him to know that as I hugged and kissed him just how much I loved and missed him, he smiled and hugged me back and said that he had missed me too and that he was happy to be back home. I can still feel that memory and when I relive it I sometimes play out my actions of that day, I pretend that I hear him coming in the door and run from the kitchen and put my arms around my myself and just stand there. After our hugs he dropped his travel bag in the hall and jumped over the back of the sofa and lay down, he was tired and was chilled and so I grabbed the opportunity to sit next to him as I wanted to hear all about his time in Mexico. I got the same response that he always gave me when he was tired “yea it was good Mum” I smiled and said it is so good to have you home Josh and gave him the knowing look of, ok i’ll hear all about when you have had a sleep. I saw that he had the standard duty free bags and a another carrier bag by his luggage bag and I said what have you got there and he said open them, I said are you sure and he said yea go on Mum.
I started looking through the bags and he was smiling, he was a giver, in the bags were a box of fancy cigars, I said there posh, you don’t even smoke and he said there for me and the boys, with a grin. Then I pulled out a huge bottle of fancy Vodka and cigarettes and I said who are they for, he said there for you. I started to laugh my head off as I hardly drink and I had given up smoking ? I said thanks Josh still laughing and thinking all right then. There was another carrier bag, you know the ones that have come from a market abroad and again I started to have a look, and inside were the standard fridge magnets one for me and one for my Mum, he always got his Nanna a fridge magnet, he said pick which one you want Mum so I did and picked the beach scene. Also in the bag was a bubble wrapped item and I said oooh who’s that for then he said open it, I said are you sure he said yea go on open it. I started to open it and I slowly revealed a brightly coloured Sugar Skull I said wow that is beautiful Josh who’s that for and he said I got it for myself Mum. He looked at me and said do you know what it is and I said it’s a sugar skull he said do you know what it represents and I said yes it is to celebrate of the day of the dead and he said how do you know that and in true Mum style I said because I know everything and we laughed. I always knew when Josh was proud of me for knowing things as he would say ‘yea’ but as a question, and I knew he was proud of me when I went on to tell him more about the festival to celebrate the dead too. As he went uo to his room I said bring the skull up to your room with you as I don’t want it to be knocked over and broken and he said it’s ok leave it there I said no Josh bring it up with you and he said it’s ok leave it there Mum you can have it, I said no don’t be silly you got it for yourself. I think he did that because he knew that it wouldn’t be me drinking the vodka or smoking the cigarettes! It stayed there when he went to his room so I took it off the coffee table and put it on the fireplace next to my candles and it he never brought it up to his room and it has stayed there ever since.
When I replay memories like that one, one with just the two of us, our special shared moment of love, kindness and closeness they are beautiful but they break me too and my tears flow down my cheeks just as they are now followed by heavy sobs and exhaustion. The harsh reality is that I will never have one emotion without the other because that is what grief is it is a love with no place to go. Such memories are truly bitter sweet but it is all that I have left my memories and photos along with his scent, that is still lingering in his bedroom and on his clothes that are still hanging in his wardrobe.

Today the marks two years and 11 months since my beautiful Son Josh was taken from me, his sister Brooke, his family and his friends and we still have had no justice for him. I am doing all that I can to help the police find SOB, and I ask you all to stick with me and continue to help me too as I need you more now than ever to get behind me and help flush him out by sharing the wanted poster home and away, someone knows where and who he is with and someone might see a poster and make that call. I am also asking for your support to stand with me and hand out the police wanted posters outside various train stations across London, the second week of October a few days before Josh’s 3rd year anniversary (date to be confirmed) as the Mayors office have replied to my email again saying that their position is the same as it was last autumn and that “There is not scope to support all the appeal posters in tube stations” so I am going to do the next best thing and stand outside them!

I would also like to say a massive thank you to everyone who has displayed the posters home and away and for sharing them across social media too, as I always say and shall continue to say until I take my last breath, I would not be able to do all that I do without you and your support, you are all truly amazing.