Five years without You 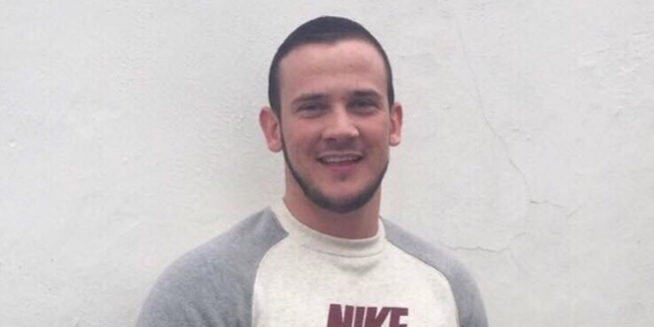 Today marks five years that I have lived without Josh and, 1,825 days, 43,800 hours and 2,628,000, Josh has been denied his best life. As I write this blog, I am re-living five years ago at this time. I was standing across the road from where Josh lay waiting for the forensic team to come and start ‘work’. There was family and friends, police, press and passerby’s all waiting for Josh to be brought out and taken off the floor where he lay.

Josh had been pronounced dead at 1.10 am at the scene, and came out of the RE Bar now GEO Bar in Eastcote around 5.00 pm. This was the first time I was physically allowed near my Son; he was covered in a blanket and held down by straps. I got to gently run my hand across the outline of his beautiful face, chest arms and hands before he was taken to the mortuary. The mortuary was miles from my home. I wasn’t allowed to go there as I had to wait for the autopsy to be carried out before I could see him some two days later.

A post-mortem examination gave the cause of death as haemorrhage, inhalation of blood and an incised wound to the neck. This was caused as the result of a 37cm slash that ran from his left ear lobe which was severed, across his neck and chest, caused by a Stanley knife held in the hand of a known criminal with 17 previous convictions. The most recent of these 17 convictions known to the police, was for possession of a knife going into a nightclub. Josh’s murderer received a six month suspended sentence. The judge did not apply the two strike rule and neither did this act deem serious enough for a custodial sentence.

The act of re-living is part of life we relive experiences and emotions such as joy, happiness, regret and sadness as we move forward. These emotions weave throughout the fabric of our lives and often become distant as time goes by unless guilt is at play which causes feelings not to go away easily. The saying ‘time is a great healer’ is said to mean a painful or difficult situation will seem less bad as time passes. I honestly feel this saying is more convenient for others to say to someone grieving, who they want to get back to ‘normal’. I have never used it, and I know from my experience, I will never say it to someone who is grieving because you never truly heal. Grief is love with nowhere to go so as long as you love you will always grieve.

Grief stands alone, in particular the grief felt at the loss of a child who has been murdered or taken suddenly. Re-living as I am doing right now as I write, does not feel distant, it feels as if I am right there next to Josh’s body as he is laid out on a trolley after he came out of the bar. I feel every emotion as if it is happening to me right now. I feel the fabric of the blanket, the silence around me as respects are paid. I feel the emotions I pushed down then, as tears roll down my face now. Back then, I wanted to scream, and I wanted to pull down the blanket and hold my beautiful Sons face in my hands and kiss him. I regret not pulling down the blanket to see Josh’s face but I was aware this was not just about me, and what I wanted plus I was told I was not allowed to. I did wanted a mother should have been allowed to do while being shown respect. After all I had waited patiently for 15 hours for this moment. However, I was offered nothing, no options, no opportunities, no discussions, no offering for me to see my Son. I was given just this one moment before Josh was wheeled into the back of a van and taken away from me once again. Because these were the protocols and practices as laid out by the forensic team and senior investigating officer. Four years later we met the forensic team at my request, I wanted to explain how this experience still compounds my trauma and what could be learned from it. Sharing my experience first hand while hard for all of us has helped create positive change. As I have since been informed, a mother who’s child had been murdered was given the opportunity to hold them at the scene. This would have been immensely challenging for everyone but it shows how important it is to communicate.

I am still angry, frustrated and unable to move forward without weaving these feelings into the tapestry of my life. They are like the threads which hang perilously from the back of the picture, never knowing if it will unravel the tapestry or if it is what holds it together. However, my anger serves a purpose just as my trauma is my shield, and I am thankful for them. They help me to keep pushing against the wishful acceptance of what has happened to Josh and the injustice of it by those who form this broken system. But I will push until lessons are learned until licensed premises are monitored and closed down when they break the law, until councils and the police sit down with victims of crime, listen to them and make changes to help protect their communities from unnecessary harm or loss of life. I will fight for victims rights and highlight the flaws in a criminal justice system which is not fit for purpose. I will challenge those in ‘power’ who sit behind their desks making decisions for us without so much as having a conversation with us because they insist they know best.

Most importantly, I shall do all I can for others in Josh’s memory. And today I shall go to the church where Josh was christened and say my prayers while standing proud knowing I have faced another day with determination and steadfastness in honour of my beautiful Josh and the 21 years I was called mum by him ???.

Your rights are not enshrined in Law – is that ok?
February 11, 2021
Recent Blog Posts
Support us today!