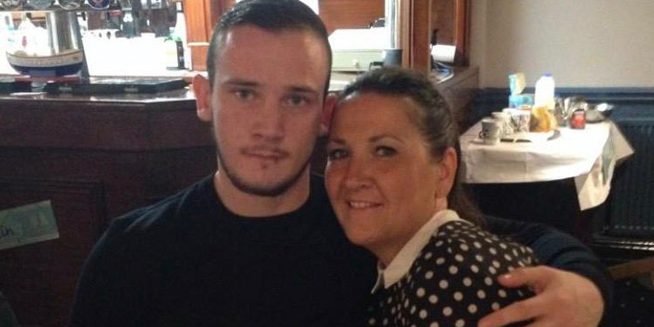 Over the past few months, I knew that once the trial was over my grieving process would really start to begin. I had been told this by many bereaved parents, therapists, friends and my family. Of course I knew that once justice in court had been served I would have a lot more space in which I would be able to take in the huge impact that Josh’s murder has had on me, but I did not expect pain quite like the pain that I feel right now.

I have lived with pain everyday and today on the 11th four years and one month on I find it hard to understand what makes this pain so much more debilitating these past weeks. I thought it might be because before the trial I kept myself busy, immersed in building the charity, fighting for justice, actively campaigning for victim’s rights while highlighting the impact of knife crime and putting forward suggestions on how we as a society can work harder towards preventing it. But nothing other than our justice for Josh campaign has changed, I still do all of the above and more besides. But since SOB the man responsible for Josh’s murder was found guilty and sentenced to life in prison with a tariff of 26 years, I have found myself recognising a small part of the old me and my old life. It feels like one of the many layers that I have wrapped myself up in to protect myself from touching the void, has been peeled back. The old me the one when Josh was alive enjoyed the simple things in life, making plans for the future and doing everyday things that we all take for granted. But to go back to her means that I will be in two halves because the one here now, the new me, lives with complex PTSD and complicated grief along with a host of other trauma related issues. The sentence of 26 years, which to be totally honest with you was a kick in the teeth, because in my eyes if you take a life you should be sentenced to a whole life term, means that I will be 81 when SOB is due for release. If I live that long, I will need to write another impact statement which will be read out at the parole hearing, asking that they take into account the huge impact that Josh’s murder has had on my life.

So how do I plan a future, and be a bit more like the old me knowing that whatever plans I put into place will always have a shadow hanging over them. I speak to families who have had to go through this process and I know that the impact that the death of their child or loved has had on them never lessons, if anything it gets harder. For them when the parole hearing comes it is as if they are right back where they were all those years before just like it was yesterday, in a court room during the sentencing. Except life has gone on while they stood still, their children have had children too and all the while they still grieve for the one that was taken away from them and the life that was denied them. SOB will be 57 when he is due for release, he will be able to come out and start a family or spend time with the family that he already has. Is this justice for Josh or justice for us? no it is not. I am sure that many of you will be thinking that now that he has been sent to prison that I can start to live my life in peace, well this it is not the case for me, my life will never be the same again. What makes it even harder is the Coroner has rejected my application for an inquest to take place. When I requested it two years ago he agreed that we should have one so it was postponed but since the sentencing the Coroner now feels that it is not necessary. Again our antiquated laws and previous legal cases from which they base their decisions on to not go ahead with an inquest are not relevant to me as I want answers and have waited long enough, silently and respectfully. The coroner does not think that the RE Bar now known as the GEO Bar in Eastcote or Hillingdon Borough Council need not answer to their failings. But I hold them partly accountable for Josh’s death, the Bar broke it’s licence as they continued to allow people in after midnight, and they did not search people coming in or ask them for ID on the night of Josh’s murder. Hillingdon Council and the Hillingdon Police also failed their community as they did nothing leading up to Josh’s death to support the Residents Association’s request to carry out checks and take their complaints about the bar seriously enough when they asked for their license to be reviewed because of antisocial behaviour and late night disturbances. Two years prior to Josh’s murder another young man had been stabbed in the RE Bar so why was this bar allowed to continue to operate when there were no precautions put in place to search people for knives or offensive weapons coming into the bar. SOB was also a high risk to the public he had 17 previous convictions two of which were for knife offences, in fact the most recent offence was just a year before he murdered Josh. He was caught walking into a nightclub with a knife, he was charged and was given a community order and a suspended sentence, had he have been given a custodial sentence which he should have been given, Josh would still be here with us now living his best life. I won’t even get the opportunity to ask the probation services in court what measures had they put into place to ensure that the public were safe or if a rehabilitation programme had been put in place, unless I take out a private prosecution. Having an inquest would have enabled me to ask direct questions to all of the above and for the public to hear their answers. Why does the Coroner not deem these issues in the interest of the public important enough, is life not precious, what if this happens to another young innocent person?

At this moment in time the reality of what has happened to Josh is sinking in more and more every day and it hurts so much that I find myself more often than not thinking what is life truly all about. How is it right that I carried my Son for 9 months and gave birth to the most beautiful of human beings and raised him while loving him so intensely, just for his life to be taken from him and from me, at the prime of his life aged just 21 years. How is it right that so many statutory agencies could so easily fail my Son and even now fail to support my request to hold an inquest to get answers and to make changes to saves other lives, where is the support for victim’s, where are our rights?

The shared moments that I had with Josh that my memory takes me back to and to the new ones that just pop up out of the blue, play out over and over in my mind and pull at my heart leaving me with a ball of energy swirling around inside of my chest. This intense feeling stops me in my tracks, I just sit and stare into the distance, cry and reflect on what we once had and I feel guilty for breathing and say sorry for not being able to protect my Son when he needed me the most. Is this grieving is this my grief, I keep asking myself is this all that I can give to Josh is this all that I have inside me to show him just how much I miss him and how sad life is without him here. And then somewhere deep inside me I hear his voice say, I know how you feel Mum and I know how much you love and miss me, I just wish I could let you know that I am ok but you just have to stay strong, continue to be brave and know that I am right beside you. When I hear this all I want to do is just hold him tight, hug him and kiss him just like I always used to, and when I breathe again I remind myself of all of the signs that he sends to me and the little miracles that appear just at the right time, letting me know that he is ok and that I will be with him before I know it, and this is called hope.
My son Josh was an incredible human being, he laughed and smiled more than anyone I have ever known and he loved you right from the heart. I try hard to be more and more like him everyday as I struggle with my grief and I will keep doing all that I can to help make positive changes to help others in Josh’s name while I fight for safer communities and for victims rights.

Thank you all again for everything that you have done and continue to do to support me, together we will make a difference.