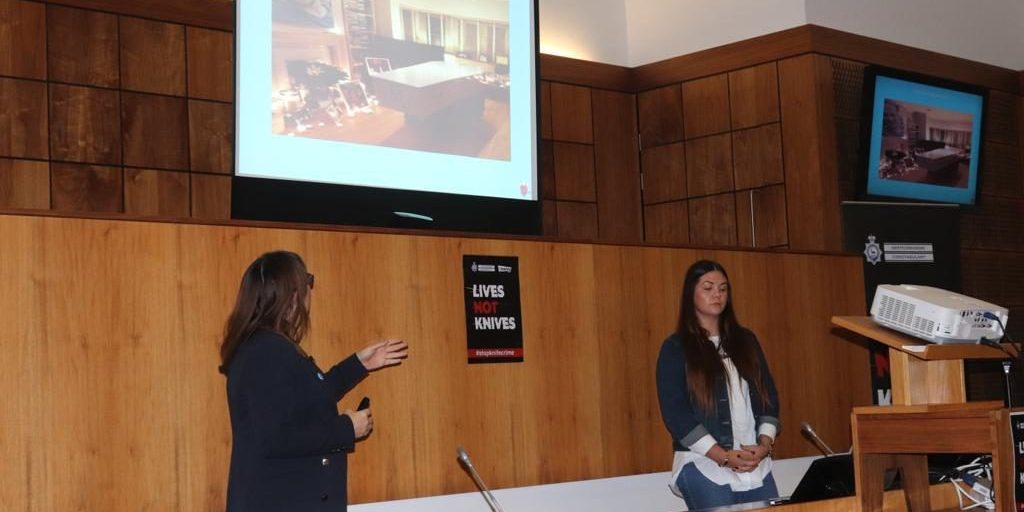 When we are asked to share our story about Josh to help educate and save lives we say yes. It is not easy, it is emotionally challenging and draining and yesterday was no different. I cried watching Josh on the screen behind me during my presentation because hearing his voice along with his infectious laugh was more than I could take. However just knowing that Josh is reaching the audience and having a positive impact on them motivates me to carry on. Our audience at the Herts Constabulary’s Gangs Unit #livesnotknives event consisted of vulnerable young people, their parents, carers, social workers, support workers and a host of professionals. The many conversations that we had after Josh’s story were moving, touching and all inspiring but to be asked twice if I could be given a hug by two young boys, one who had been stabbed and another who’s brother had lost his life to knife crime at the age of 15 years, moved me beyond words. When they hugged me tight, I closed my eyes and thought about Josh and how he would have been hugging me just like they were then and I felt proud because I have kept the promise that I had made to Josh and God hours after his death to do all that I could to raise awareness of knife crime in his memory ??? #hope #changingthestoryaboutknifecrime #livesnotknives