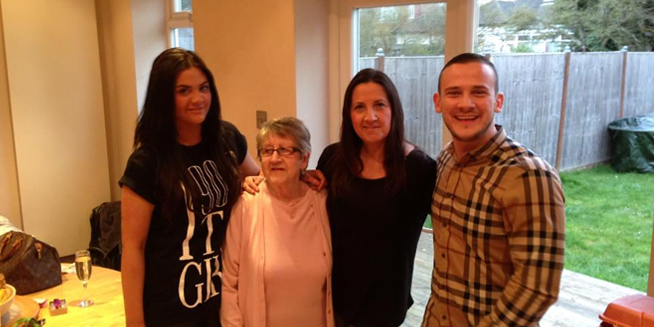 Today marks 3 years and 11 months without my beautiful son Josh in my life and during this time I have had to share my loss alongside a campaign fighting for justice for him. The pain and the suffering that is now my new ‘normal’ continues to affect everything in my life from waking up out of a dream, and wishing that I could stay asleep forever to dragging myself through each day because I feel guilty for living without Josh. Somehow I manage to get through the days, and that is because of the promise that I made to him. While my Son was laying on the cold floor of the RE Bar for 15 hours, on hi own without me holding him, I promised him that I would stay strong. The fight to stay strong is relentless, there is no down time and there is no escape from it because if I were to do either of those things right now, and without justice, there would be no one else who would be able take over for me. There is no organisation, no agency or no group that could do what I do because no one else is Josh’s mum and they could never know how it feels to live without being a mother to my Son.

The world that I now live in is so different from the one that I lived in before the night that I was told that Josh was dead, it is a world that is dark and unjust and full of so many wrongdoings. I am constantly asking myself what kind of a world are we living in when victims have no say, when we are ignored, seen as nothing more than an irritation by statutory agencies. Well it is a world where victims have no rights and we have no law to protect us especially when we are part of the criminal justice process.

My frustrations run deep because I do not shy away from standing my corner and while my voice might be heard it is more often than not ignored by those that follow their own protocol. There are hundreds like me who feel debilitated under the pressure of being pushed to one side and I shudder when I hear that another parent has been told that their child is dead and how little support that they will receive and how much work they will have to do to find out what they are entitled to unless they are helped by another victim who has already been through this process. I know that the journey that they that will experience will leave them feeling robbed over and over and over again because it is my reality.

We have a government paper called the Victims Code of Practice, which is merely a guideline and it is not fit for purpose, but it is all that we have. I like to believe that society has come a long way in terms of advancement after all we are living in a world where we fight for equality, we rise up and we push for peace and we ferociously fight for our planet, so why then are we not fighting for some of the most affected in our society, the victims of crime. Maybe because we all think that we have a say, that our criminal justice system will ensure that if we find ourselves the victims of crime that we are protected when we need protecting, well we are not. Victims need a victims law and for that to happen we need everyone to educate themselves about their rights, don’t wait until you might become a victim of crime to be informed, do something about it now and help those like myself to make a change.

The trial date has changed from the 16th of September to the 10th and then back again to the 16th and we were given this new information late on Sunday afternoon, Sunday afternoon? Yes this is how close to the line everything is for us, we live on eggshells because there are no protocols in place for the victims, no one is making sure that our already fragile mental and physical health is considered in the decisions that change from day to day and hour to hour, because this is how the system is.

Josh and I used to sit in our front room, often talking about our day, laughing watching a good film or sometimes just sitting in silence because we would be on our phones. I miss him so much that it hurts and I mean it really hurts and to take away the pain sometimes I pretend that he is still sitting there on the other sofa with his feet up saying ‘ you cool Mum, do you want a cuppa’ and my heart brims over with love. But I will never turn around and see his beautiful face and his big open smile or hear his voice ever again. Nothing will ever bring him back to me but whatever time I have left I will do all that I can to make him proud of me and to help others.

I’ve got you Josh and so does your beautiful sister ‘B’ and we love you all the world ???? #justiceforjoshhanson