Be The Change You Want To See 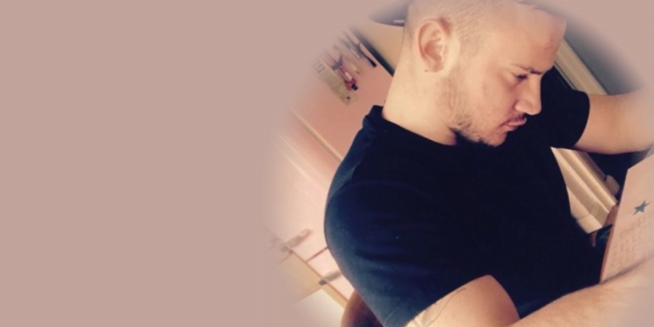 Josh’s lucky number was 4 and today mark’s 4 years and 4 months without him here with us. I stayed up until the early hours of this morning and replayed what happened to him over and over again on the 11th of October 2015 while talking to him and to God. I always ask the same questions, why did Josh have to suffer and why would someone want to hurt a single hair on his head? Well, I know the obvious answers, a violent thug with 17 previous convictions who had no boundaries and the criminal justice system let him think that he didn’t have any either. However, my questions are directed at a much bigger presence than you or I and our ever-failing system, they are directed at an energy that surrounds me.
I inherently know that there is a force guiding me, moving me along, a force that has a bigger plan for me because I feel it. Without becoming too philosophical and as hard as it is to say this because my son should be here with me and not just part of this energy, he sends me the best parts of himself which strengthen me and enable me to do the work that I am doing in his memory. Josh was a generous, kind and caring young man, amongst a host of other fine qualities that he had, and he is missed terribly by his loved ones, friends and work colleagues alike. But in his memory, he will always be known as a ‘life-changer’ and those who only get to see him by watching our presentation, see the amazing young man that he was, along with his infectious laugh. I am so proud of him on the screen smiling back at everyone while I share his story, so proud am I that as hard as it is to deliver his story it has been delivered to over 6,500 young people in the last 6 months. It is also being shared by the wonderful Lawyer who accompanied us during the trial, alongside his advocacy work.

I work for at least 14 hours a day running our charity, and some days are really challenging especially when working with vulnerable people, but I always draw on my lived experiences and I find the strength to push through. I am sure like me most of you have felt vulnerable at times in your life, some for short periods and some for much longer. I know that feeling, and I also know the challenges, never more so than having to get up every day knowing that I will never get to share another day with Josh. But one thing I know for sure is that without good, compassionate, thoughtful, selfless and determined people in my life, I would not be where I am today, sitting at my laptop writing this blog to share with all of you. From the moment I lost Josh right up to conversations that I have had on the telephone as recently as this morning, I am surrounded by amazing people. They feel like Angels that continue to come into my life, well that is how I see them.
These Angels come in various forms, some can be quite daunting at first until I get to know them and realise, they are just like me, doing all that they can to help others the best way that they can. Don’t get me wrong I am still tested, but I believe it is for my own good. I need to be able to recognise those that cannot see too far ahead of themselves, and those who are quite happy to take advantage of others to help accelerate themselves and their positions in life, instead of always being so trusting. Believe it or not even while grieving and living a life that I would not wish on anyone, there are people out there that continue to try and steamroll me.

This past month has been another busy and positive one, I have attended numerous meetings, and delivered presentations to young people in colleges. At one of the colleges, I met two very strong women, one had lost her Godson to knife crime, and the other lady was grieving the loss of her first-born Son. These ladies were remarkable and both steadfast and determined on working with young people to encourage positive change. I am also working on three separate projects focused in and around the prevention of knife crime and serious violent street crime. I am working with a small group of Mother’s on a new Crimestoppers campaign with the Metropolitan Police, a Restorative Programme with a Youth Offending Team and after meeting a Father whose son was stabbed and who is desperate to see changes in his area, a new Community Safety Neighbourhood project. I also have an exciting Art project in the pipeline that will see enable 60 young people to express themselves creatively. And as you may have seen from my social media posts, I am also continuing to fight for justice for Josh in one form or another. More recently my right to appeal the sentence that was handed down for Josh’s murder was rejected due to a failure in a system where the scales of justice are most definitely not balanced between the convicted and the victim.

For the scales to balance, Victim’s need a much bigger voice, and we all need to work together for change. The right changes cannot be arrived at by the policymakers, government officials and government agencies alone, these changes need to be made by us the victims too. Those of us who have lived experiences need to be included and consulted in the building of strategies and not just an afterthought on the end of what a member of parliament thinks will suffice and has no additional cost attached. We the people vote for those in positions of power to represent us, to protect us and to ensure that we have our basic human rights which more often than not are denied to us. Is it right that we are at the end of a policy that is in favour of a small group of people and their ideologies? no, it is not. We need a far more liberal approach one where there are open forums, open debates and a community built on strong networks where our voices are heard. When was the last time that your MP fought and brought forward something that you needed help with to be heard in Parliament? I know when I needed help mine was more often than not unavailable and then sometimes waiting months for a reply to an email. When was the last time that someone, anyone in power stepped outside of their comfort zone to take your grievances the whole way without it benefiting them? So, ask yourself this, what can YOU do, on your road, alongside your neighbours, in your community, to make a positive change that will benefit others. Why not try and take that step forward to make something happen. When you think oh what is the point, someone somewhere is thinking, I am going to make a change, imagine if more and more of us wanted to make positive changes, it would be a game-changer.
I challenge myself to do something positive every single day and at the end of the week, I look back and feel accomplished and proud of myself knowing that I have made a difference in spite of my pain and guilt of breathing when Josh cannot. And I will continue to thank God, Josh and all the Angels and Saints along with the energy of the universe for continuing to guide me and for sending me so many special, strong and selfless people to help get me through each day. And while I am doing the very best that I can, I will also continue to do all that I can to highlight injustices and fight for the rights of victims, so watch this space.

Have a lovely week everyone and thank you for taking the time out of your day to read my blog.
Lots of love always, Tracey, Brooke and Josh ??xx #justiceforjoshhanson #victimfocused #getupstandup #bethechangeyouwanttosee