No Rights to Appeal 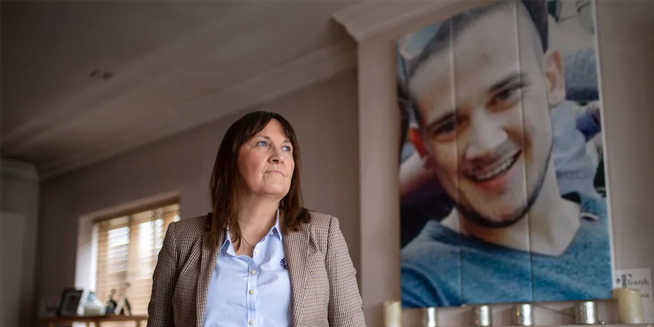 Imagine not being told that you can appeal a sentence even if the professionals around you at the time of sentencing don’t think that it will be accepted as unduly lenient (their opinions). Well that is what happened to me and is no doubt what is happening to thousands of more people like me everyday.

I was not given any information before, during or after the trial about the process on how to appeal, which for the record is very simple. When I left court after the sentencing I was angry and frustrated and drained. After 4 long hard years I now had time to start grieving for Josh, or so I thought. Imagine my surprise when I saw a reply to a message that I had sent some weeks earlier to Claire Waxman the Victims Commissioner of London on Twitter enquiring about appealing the sentencing sending me a link and to take note that I had 28 days to appeal the sentencing. I had hit a wall and I had not been checking messages on social media but as soon as I could I sent in my application by email. While it was received on the 28th day as is required, it arrived outside of office hours and was subsequently denied.

Since then I have spent months trying to pin down the process and who should have given me this information. After going around in circles (standard) I arrived at the Crown Prosecution Service’s (CPS) solicitor. She explained that because the end date of the trial had changed and she was unable to attend court she could not give me the information that I needed. So shouldn’t this information have been given to the investigation team, Victim Support, our barrister, anyone at all? Yes it should have been. But we the victims time and time again are failed by a system where the scales are most definitely not balanced.

While I have no rights to appeal, someone who has been convicted in a Crown Court can, even if it is outside the 28 days. This is on the defence-barrister website and Government website: “If you are outside the 28 day time limit you must apply for an extension of time, providing reasons for the delay”.

So again and again the criminal justice system has failed me and many of you too no doubt. So what can we do to help those where it is not too late to fight for their rights or who find themselves experiencing this failing system. Well we need to push for a victims law and it should be done by us the victims and while we do this we need to speak up and share our experiences by passing on information to help empower others to do the same ?. #justiceforjoshhanson #victimslaw #pushforchange #speakup #speakout #appeal #28dayrule