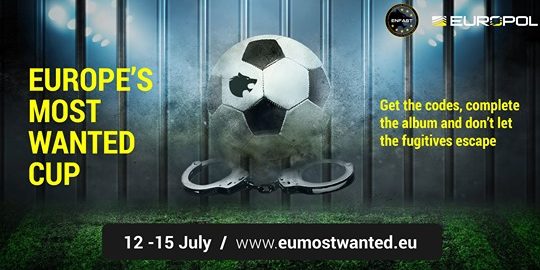 29 months today without #justiceforjoshhanson but we will not give up hope. With #ItsCominHome we could be celebrating another home goal and seeing an arrest made! Please get involved with the #MostWantedCup and help catch SOB #mostwanted fugitive ⚽️ ? #50k #reward @SadiqKhanhttps://t.co/4Ktl9aF4xj

Today 29 months ago I was told that my beautiful Son’s life had been taken from him and we are still fighting to get justice for him. And for the past 29 months, every single second, minute and hour of each day that has passed I think of the man that he might have become.

With each month that passes it get’s harder and harder and as I have said before, the pain, the emptiness, the loss, the grief and the heartache does not ease over time, you just learn to adapt and live with the monster that you have no choice but to sit next to.

At the end of your day how many of you think where did the day go, time is just flying by? I look back on my whole life and think that now, where has the time gone that I spent with my Son, from a baby to a Man. I think what am I here for, what is my purpose, surely grieving for my child was not meant to be part of my journey, where did 21 years of my Son’s life disappear to? It wasn’t meant to be oart of our journey, someone else made that decision for us, he took all of our dreams away in a few seconds.

The 21 years of my Son’s life have ended up in a box with my Son’s ashes in, a box that I look at and sit next to every single day. Twenty one years are now memories, empty rooms, silences, photos, clothes hanging up in a wardrobe that will never be worn by Josh ever again a wardrobe that is only opened so that I can touch and smell them. Shoes and trainers laid out in a line with no where to go, no more journeys for them, no more movement as they sit there waiting for Josh. Seeking out familiar scents of Josh and rubbing my face against his clothes, then burying my face into them in the hope that somehow by some miracle it will just be a sick joke that the universe has played on me and that I will walk out of his bedroom like I always used to saying “your room is always lovely and tidy” and feeling proud.

Looking back on the past month we have achieved and done so much for Josh, the launch of our new website that tells Josh’s story, attending and contributing to MOPAC’s Knife Summit the announcement of our upcoming ‘Cycle For Josh’ fundraiser, taking part in Eastenders and attending the opening of a Boxing Club that has been established to support the community while encouraging positive solutions to crime, to name but a few. All of these things and more that we are so very proud to be a part of are bitter sweet because they are all in done in memory of Josh and no matter what we do nothing is ever going to bring him back.

Sometimes I allow myself to get excited and think wow that was great and then I stop in my tracks and think hold on, stop, I am here doing this because my Son was murdered in an unprovoked knife attack he will never be able to think that something is great ever again. It throws me off balance I want to cry and collapse in a heap and look up and see Josh walking towards me, picking me up and saying “I’ve got you Mum, don’t worry it’s ok” just like he would have whenever I needed him tell me that everything is going to be ok, then I manage to keep my composure and nod and say “Ok Josh”.

Last week I was getting out of the shower a memory of Josh knocked me sideways like so many, it just came from nowhere. As I wrapped my towel around me I remembered the times whenever Josh felt cold and got out of the bath or shower as a child, which could end up being a very long time, as he hated the cold as a child and loved the water. I would have his towel ready and warm and as soon as I got him out I would wrap him up from the top of his head to his feet and start rubbing his arms and back as he shivered saying “it’s cold Mum, pick me up and carry me like a baby” I would laugh and say “your too big for that now Josh” and he would just laugh his head off and say “pleeeeeeeease Mummy”, and so I would and he loved it bless him. He was so affectionate, warm and loving God love him.

To those of you who have just come across our Justice For Josh Hanson pages on FB, Twitter or Instagram or our webiste for the first time I have written this post like I do on the 11th of every month to share my journey with you and to give you some idea of life without my Son. I am so thankful to all of you who have kept me going, your support means more to me than you will ever know and hello and welcome to anyone who would like to help us to get justice.