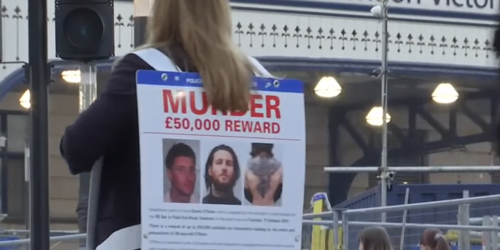 Facts…
Shane O’ Brien (SOB) is wanted in connection with the murder of Josh Hanson
Unprovoked knife attack on the 11.10.2015 in Eastcote, London.
Left the country in a private jet 3 weeks later
Is being helped by others
Arrested in Prague February 2017 with fake ID and released on bail
Appeals in UK, Ireland, Spain, France, Italy, Czech Republic, Amsterdam and Dubai but he could be anywhere in the world
Over 50,000 wanted posters have been distributed and displayed all over the world by the public
Millions of electronic posters have been shared all over the world by the public
The worlds most wanted lists, National Crime Agency, Europol and INTERPOL HQ are appealing for help. more information about SOB can be found on their pages
The Justice For Josh Hanson campaign continues to fight for justice with the help of the public
3 years, 2 months and 2 weeks without justice

Someone, somewhere knows of SOB’s whereabouts, we are pleading with you to do the right thing and make that call it is not too late!