My beautiful Son Josh was murdered on the 11th of October 2015, 25 months ago today and we are still waiting for justice. Everyday is a challenge for us without Josh and it gets harder as time goes on. The pain, the tears, the anger and the frustration are our ‘new normal’ and even when we laugh or smile it comes from a broken heart. Brooke and I never know what the next hour will bring and living in this world is hard enough without Josh but we also live with the knowledge that SOB is still a free man after taking my Son’s life.

I know for some people it is incomprehensible to think that Josh was murdered for no reason at all, I mean we live in a world where someone is murdered if there is a fight, a dispute, an argument etc but believe me Josh did not know SOB, he had no argument or fight with him, he was just standing in the RE Bar, now known as the GEO Bar in Eastcote, with his girlfriend and friends, where he had been for less than 20 minutes when his life was taken from him. My beautiful Son lay dying on the floor while SOB walked out of the bar and started running like the cold bloodied murderer and coward that he is.

SOB is dangerous and he is walking freely amongst innocent people and I pray to God that he doesn’t take another innocent victim. It beggars belief that he managed to fly out of the country in a private jet from Biggin Hill (we read this in the newspapers like you on Josh’s anniversary) and then after being arrested in Prague for assault in February he manages to walk out of the police station on bail. How is it even possible that being on UK’s most wanted list (and only just recently on Europlo’s most wanted) is he still managing to walk free. I am still asking for him to be put on Interpol’s most wanted too as for us he is a wanted murderer and should be on the worlds most wanted lists, but so far no luck!!

I can openly and honestly say that ‘I’ believe he will be caught by a member of the public who comes forward with information and I am asking each and everyone one of you to share the wanted photo with everyone of your friends, home or away, because someone, somewhere has seen him in passing.
I am also asking anyone who might know something, no matter how small or irrelevant they think it might be about SOB to get in touch with us and help us put an end to this manhunt.

We will keep on fighting for justice as we will not be able to start grieving in peace for Josh until we hear the words “SOB, you are sentenced to life in prison for the unprovoked murder of Josh Hanson” by a Judge in a court of law.

Thank you to everyone who shares our posts and to those of you for requesting the wanted poster and displaying it far and wide.To anyone who can help us we have the poster in English, French, Dutch, Spanish, Italian, Czech and Arabic which can be sent out to you laminated or as a PDF link.

Everything Changes Nothing Stays The Same.
January 11, 2020 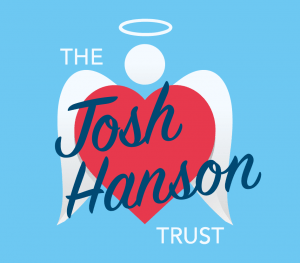