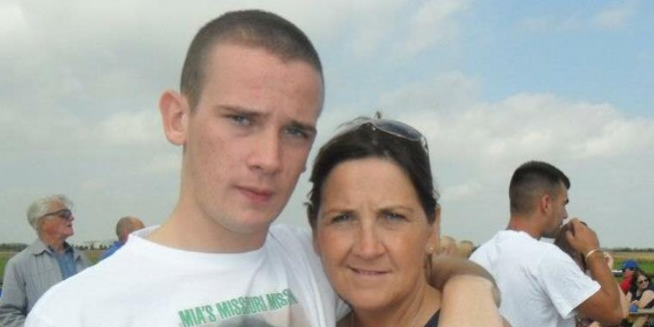 Hello everyone, I hope you are all well.

While going through the many photos of Josh that I have on my phone this morning to see which one I want to share with my post to mark 28 months without him, it felt for a moment like he was still here with me. But the painful reality is that he is not living, not breathing, not laughing, not anything, he is just looking back at me in a photo with his beautiful smile because the reality is that he was murdered in a totally unprovoked knife attack on the 11th of October 2015.

This month has been shocking, not only am I having to fight for more help to raise awareness to our Justice for Josh Hanson campaign, I am also having a battle with the murder investigation team (MIT 8). Through my naivety I thought that Brooke Louise Lyla Hanson and I were on the same page as the MET and other Crime agencies while working towards the same objectives, well it seems that we are not.

Should a family fighting for justice for the unprovoked murder of their child have to fight for the wanted poster of Shane O’Brien (SOB) to be placed on Interpol’s most wanted?

Should a family have to insist that all communication be carried out by email or txt to avoid having what they say being taken out of context?

Should they have to hear what they are entitled to from other mother’s, who have also lost a child to murder, because it has not been relayed to them by any of the agencies they have an open communication with?

Should a grieving family have to accept the Mayor of London Sadiq Khan’s refusal to help us display the wanted poster on underground and overhead train stations when they have a contact with Transport for London (TFL)?

Should I say nothing to the public for fear or reprisals?

Is it right and just that I was not told that I could request a copy of MY Son’s Post Mortem Report from the Coroners Office by my Family Liason Officer (FLO) and only found this out after being told by another grieving Mum who had to do the same?

Is it right that I am having to fight for justice with so many obstacles in my way?

The answer has to be NO to all of the above, doesn’t it?

These are just a few of the issues that I am sharing with you all but there are many more. I am sharing things that Brooke and I have been dealing with on our own, and while trying to get the right advice we are being pushed from pilar to post. We feel oppressed and vulnerable with very few places left to turn. Victims need support, they are the ones in the larger picture of a murder investigation that need to be looked after the most, they are the only ones who are grieving, not the investigation team, not victim support, not the Mayor’s office and not the therapists.

I have had enough of the platitudes, the excuses and red tape! The London Mayor said to me when I asked for the poster to be displayed on train stations “if we do it for you we have to do it for everyone”!! Then do it for everyone, step up and be counted, make it a new policy. In America appeals are shared on milk cartons! I provided the MAYORS office with the total amount of stations in London and Greater London and asked for the current official MET wanted posters so that all families would have the opportunity to share their posters this way, and guess what no response. Why? Oh let me guess because there would be transparency!

I hope this post does not shut the few doors that are left open to me for fear of being associated with someone who is speaking up, this has happened to many other grieving families and as a consequence I have kept my own council up until now. I am waiting to hear back from my MP Dawn Butler who has offered her help me and to secure a room in Parliament so that the Josh Hanson Trust can invite a cross section of victims to talk about their experiences.

Ending this post on a positive note, I would like to thank each and everyone of you who has requested the wanted posters, everyone who has shared the wanted poster and to everyone who has taken the time out to display it. Without your messages of support, and your support in our fight for justice we would be lost. You really have no idea how very important you are to me, bless you all.

P.s I chose this photo because my beautiful Josh achieved a tandem skydive for charity that day and to say I was bowled over by his selflessness is an understatement. He was so anxious that day too but he did and my heart swelled with pride. My Son Josh ?.

Note to the press: I do not give my permission for you to lift any of my posts off of any of my social media platforms including the Justice For Josh Hanson Page to be printed in your newspaper. If you would like to speak to me please get in touch.